In this article will make a light LED "breathing" using Python. The light intensity will start from zero and gradually will increase up to maximum and then will decrease back to zero. To do this will use PWM signals. The PWM signal is a square-wave signal to control the amount of power going to the GPIO pin, in our case to the LED.

If you need more info on LEDs and how can be connected please follow the Blinking led on Raspberry Pi using Python tutorial. Also, if you want to see the same "breathing" LED circuit in other programming languages, please check the references section.

Pulse Width Modulation (PWM) is a technique for getting analog results with digital means. Digital control is used to create a square wave, a signal switched between on and off. The on-off pattern can simulate voltages in between full on (3.3 Volts) and off (0 Volts) by changing the portion of the time when the signal is on versus the time that the signal is off. The duration of "on time" is called the pulse width. To get varying analog values, you need to change the pulse width. 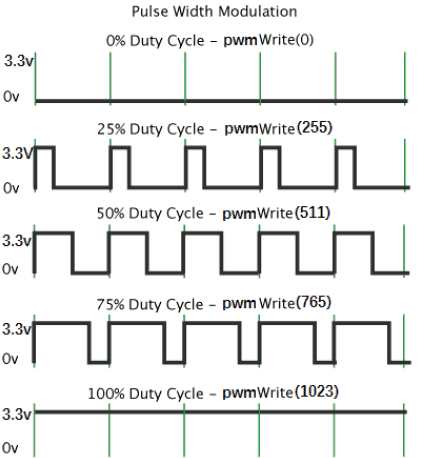 In the image above, the green lines represent the regular time interval.

f = frequency, the cycles in a unit of time

T = period, the time required for one cycle

N = a number of cycles

t = an amount of time

For example, for a PWM frequency at about 500Hz, the green lines would measure 2 milliseconds each.

Here is the schematic connecting the LED using the cathode of the LED connected to the Raspberry Pi GPIO. Using the Pinout website for reference, we can check the numbering, starting from physical pin 11(BCM pin 17, Wiring Pi pin 0). Because we are using PWM to control the intensity of light we as using pin 1 (BMC_GPIO 18, Phys 12). 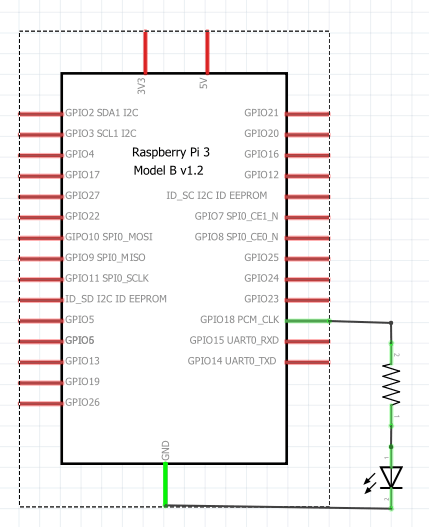 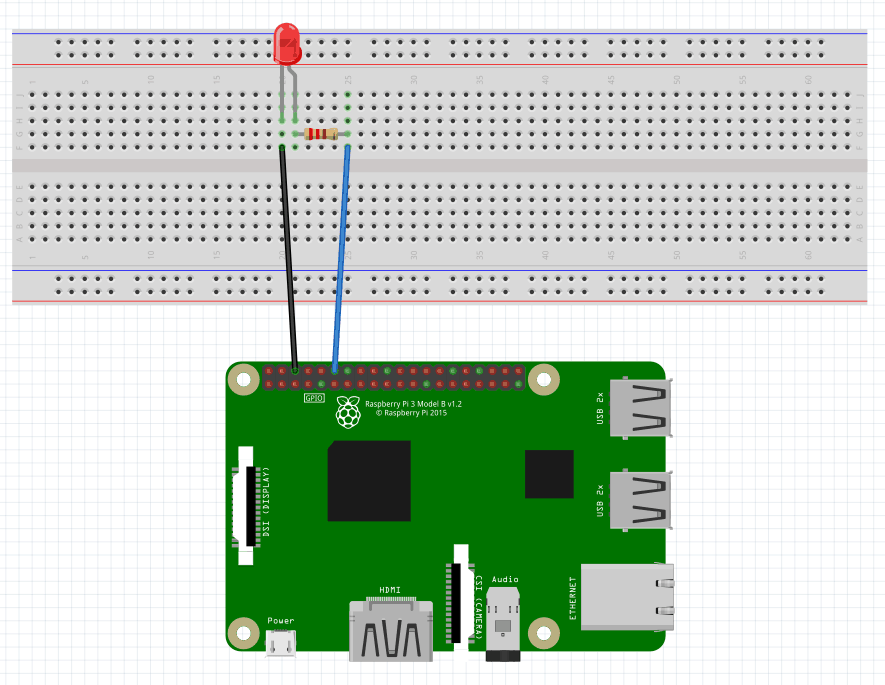 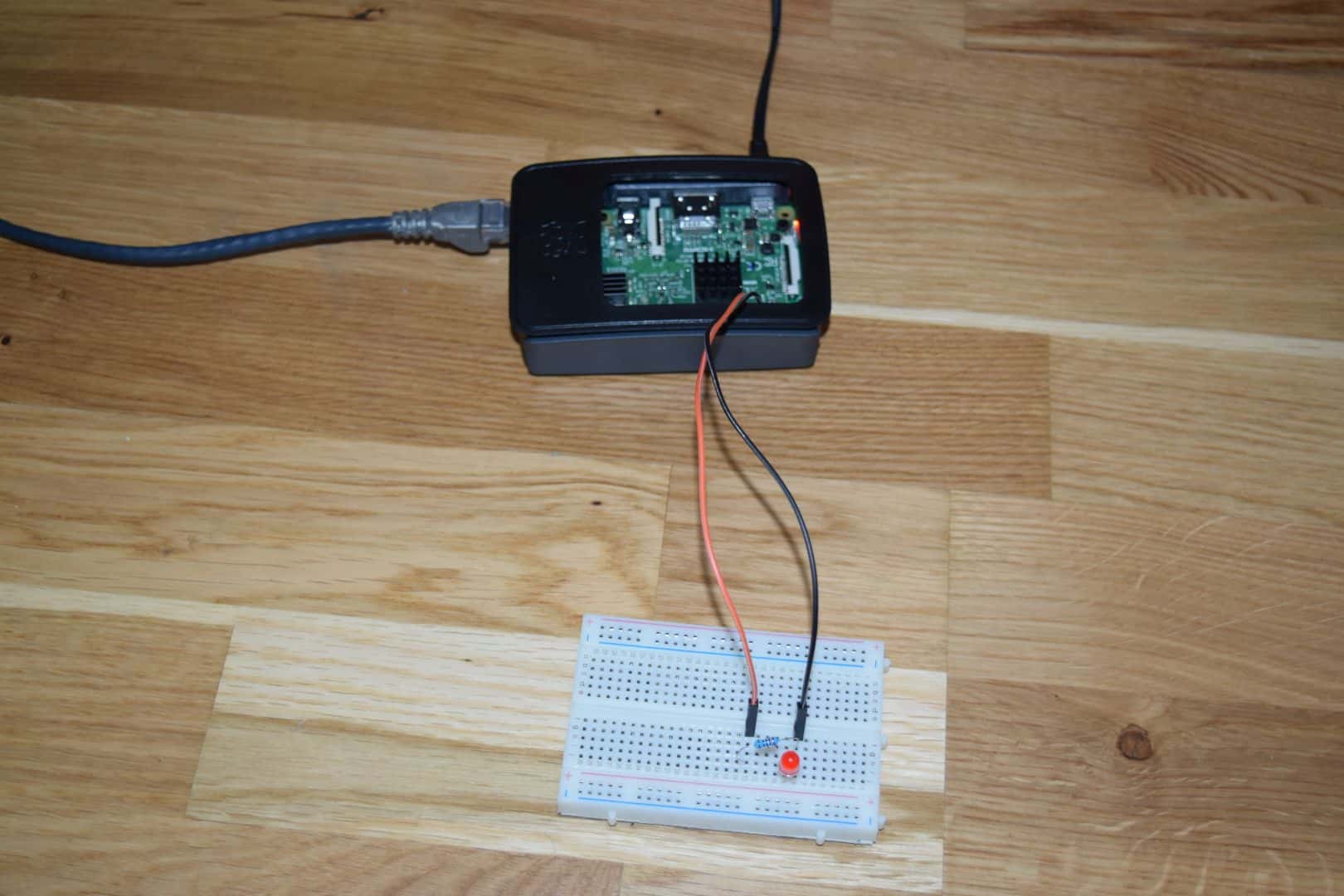 You should see the LED light "breathing".

How to trim whitespace from string in Golang

How to convert string to lowercase in Golang

How to execute shell command from Java

How to convert object to / from JSON using Gson

How to disable submit button with jQuery